During my time as a manager and a consultant, I have read many excellent CVs and met some brilliant candidates. I’ve also met some arrogant applicants, some understated leaders, and some unfortunate professionals who are not sure where they are going, or why.
I recently met a fantastic candidate — let’s call her Jill — whom I later placed and have also coached. I first spotted Jill on an advanced LinkedIn search for talent, way before she was on the radar as an applicant. I reviewed the job description for the role, we advertised, and the applicants flowed in — more than a hundred. But Jill didn’t apply. I looked at her profile again, after little joy with the hundred applicants, but before I got a chance to approach her, she applied. Her background was strong and she had led security teams in some of Australia’s biggest brands. (This was for a Head of Information Security position.)
When I met her, I was charmed by her passion, enthusiasm, and down-to-earth approach to security. The Talent manager and I recommended Jill for a second interview. She progressed to the third, and then it stalled.
Surrounding yourself with supporters is important — especially those who interview with you. In Jill’s case, when the co-interviewer told the hiring manager he wasn’t 100 percent convinced of her ability to fill the role, progress stopped while they considered the next move. This was partly due to her self-professed nervousness in approaching boards and senior leaders. Jill was strong in other areas and certainly a passionate security leader. She met the non-negotiable traits set by the hiring manager, and while she didn’t have the gravitas some other leaders had exhibited, she was a good cultural fit for the organisation.
While they pondered Jill’s ability, we presented some other candidates. The field was slim, and given the non-negotiables, even slimmer. I felt Jill could do the job and so I told the hiring manager my story about taking a chance on people. I told him when I had taken on new roles, I was speaking to regional boards, having never spoken to a board member before. I had made mistakes, but I had good people around me coaching me, I made sure I was prepared so as to support my CIO, and I could improve each time.
I also explained that because this was a new role, any new leader would need guidance in navigating the board and the broader business, about what was expected, and how best to impart information to that audience.
This was (and is) a tough role for any new leader to step into. I’m pleased to say the hiring manager chose Jill, and she is still the head of information security (at the time of writing). I’ve coached her through some of her content, strategy, and presentation skills. And because she is aware of the gap in her skills, Jill is working hard to improve these as soon as she can. The way I see it, securing the organisation is her priority, and if the information reaches the appropriate eyes and ears so that timely decisions can be made, then she’s fulfilling her role. For now, any improvement in her delivery is a bonus.
I tell this story because while there are many excellent professionals in any field, right-fit talent is hard to find. And while it’s not always appropriate to hire someone who is still maturing, there should be room for stretch, and if you feel the candidate lives the values and can meet most of your wants/needs on day one, consider taking a chance on them. It might just be the opportunity they need and it will be thanks to you. This isn’t an easy option and requires work on your part as their manager. But it’s something to ponder when considering the protection of your organisation and the opportunity to help someone expand into a well-rounded leader for their next role. While they are making you look good, your job as their boss is to prepare them for the challenges of the future.
As a side note: If you’re not willing or don’t have the capacity to support the new leader in closing the gaps in their skills or experience, it’s also fine to not go down this path. It may cause the role to sit empty for longer, but if you are unable to support a leader growing into the role, it’s not fair on any of the parties involved to move forward together.

Have some non-negotiables, skills you must have on day one. But if someone has gaps in their experience, consider how you might be the right person to help them overcome these if it wouldn’t be detrimental to your goals. By all means, assess the situation, trust your gut, and, as always, base your decision on the outcomes you want to achieve in the next 12–18 months.

This article first appeared on ERE Media on 10 July 2018.

Claire Pales is the best selling author of “The Secure CIO” and Director of 27 Lanterns, a consulting company committed to helping organisations create and sustain effective information and cyber security teams. For more than 15 years, Claire gained experience establishing teams and leading award-winning security strategies throughout Australia and Asia including Hong Kong, China and India. Claire is a sought after speaker, an industry writer and advocate for women in cyber. 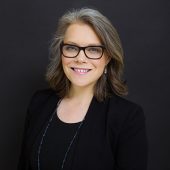