As a headhunter, I often hear stories about challenging interviews and horrible bosses.
Once, I was shaving at the gym and a guy was telling me about a marathon interview session he had just endured. He was sharp, had a great mix of work experience and went to a good school. He is the silver tuna of candidates and will have his choice of job opportunities. Unfortunately, the company that just put him through this test of endurance will not be his pick.
I recently wrote a blog directed toward job seekers on the Eight Ways You are Sabotaging Your Job Interviews and this exchange got me thinking about the inverse – what companies are doing to ruin their chances of getting the best talent. Here is advice for hiring managers, recruiters and talent acquisition leaders from someone who hears about it every day.
[bctt tweet=”Hiring Managers – are you scaring away great talent with your vigorous processes?” username=”ATCevent”]

I want you to want me

This is not just a great Cheap Trick song but a mindset every company should have when trying to attract talent. I’m not saying you need to bake the candidate a cake, but being a little welcoming wouldn’t kill anyone. These tips may seem simple, but they have real impact; you can’t believe how many companies don’t do enough of them. When you treat candidates right they will want to work with you.

Let whomever is going to greet this person when they come in, a receptionist most likely, know they are coming. What does it say to a candidate when no one seems to be expecting them? Immediately they feel like an imposition instead of a welcomed guest.

Next, you may want to put your hands on your head for this one because it is going to blow your mind, call them by name. There is something powerful about a receptionist saying, “Hello, Stuart, I’ll let Jane know you have arrived.” Ask reception to use the candidate’s name. “Jane, Stuart is here to see you” is a world better than, “Hi, your appointment is here.” These are people; let’s treat them with respect.

Loop the candidate into your schedule

Unfortunately we are busy, and it is entirely possible we are unavailable when the candidate arrives. If this happens, do your best to keep the candidate updated. My schedule is packed every day, and I have never been able to see a candidate a minute before their scheduled time. But, I make sure the candidate knows I’m aware they are waiting. It’s a lonely feeling to sit in a lobby, wondering, wondering if the hiring manager knows you are in the building or if they even remember they have an interview with you. And, if you are running late, a quick message to reception can buy you the time you need without being off-putting to the candidate. Just as we tell every candidate, I want to remind every company we only get one chance to make a first impression.

Article 26 of the Geneva Convention

I understand the interview is a test, but it shouldn’t be torture. Even POW’s are guaranteed nourishment and access to bathroom facilities. For example, the guy I mentioned from the gym was fresh from a four-hour interview where he met with five different people. He was not told in advance he was meeting with five people. The meetings went from 10:00 a.m. to 2:00 p.m., and do you think any of them were over a sandwich? No. In fact, he had to ask for water and bathroom breaks because they were not offered.
This wasn’t an interview; it was an interrogation. The company thought they were being thorough and really getting to know a candidate. Instead, they were waving their arms wildly while trying to coax a squirrel to take a peanut out of their hands. They sent a signal loud and clear that what this guy could do was way more important than who he was. He said he felt like software being tested, not a person being evaluated. This was the best candidate they would never hire.
Does this mean we don’t use the interview to push candidates to see what they are really made of? Absolutely not. I need to know that anyone who works for me not only has the skills but the psychological stamina to survive this business, and that means asking some tough questions. But, I can’t have them asking for the grief counsellor at the end. I need to make sure they feel it was a reasonable assessment and I value them as a person, whether or not they are a fit for our company.

Beauty is in the eye of the beholder

Don’t forget, there are other great companies your candidates want to work for. Everyone at Google is positive their company is the greatest. Everyone at Apple feels the same way. You know you have a great one, but right now your next hire who might be sitting in your lobby doesn’t. Don’t let hubris be your tragic flaw. By the end of the interview the candidate needs to know why they want to work at your company above anywhere else. You may be the prettiest girl at the dance, but they may prefer someone with a great personality.
Have a real conversation with candidates, find out what gets them up in the morning and show how your company has what they want – for example, community development, a clear mission and free food. They may not end up working at your company, but they may tell friends and colleagues an amazing story about your organisation. Is there any better recruiting tool than that?

In case you missed it there is a theme here (I know I can be subtle): these are people, not resources. In my opinion too many companies treat the interview process as antiseptic – a procedure – like a colonoscopy. Instead, it should be like a date, an opportunity to get to know someone. Remember, you may end up spending the next five to 15 years with this person. Since this isn’t an arranged marriage, wouldn’t it be good to have both respect and a fondness for one another?
Be open, be honest and be fair. If you like them, tell them. And, if you don’t, let them down gently, “You are a great candidate, and I am glad we had the opportunity to spend this time together. Unfortunately we are looking for someone with ‘x,’ but I can see you are going to be great for a company that has the right position for you.”
[bctt tweet=”Treat your candidates like you’re on a date & get to know them says @StumanC” username=”ATCevent”]
Gone are the days that the existence of your opening is reason enough for someone to work there. It’s a tight candidate market, and the competition for talent is real. Don’t get knocked out before you even get in the fight. You either want the best talent on your team or raving fans; anything else is a loss.
Images: Shutterstock 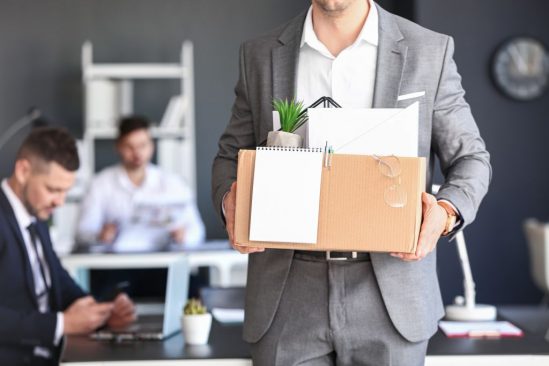 The great resignation: real or rort? 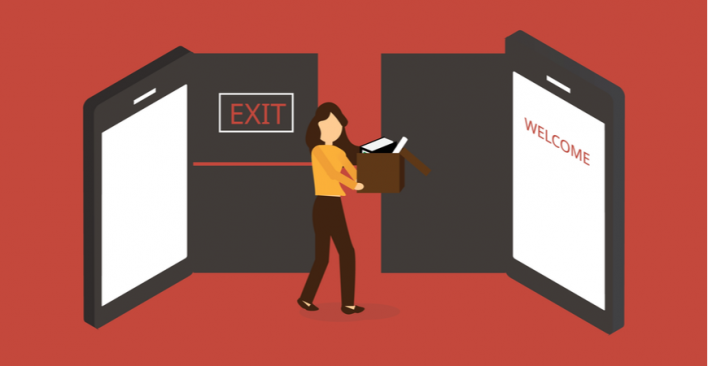 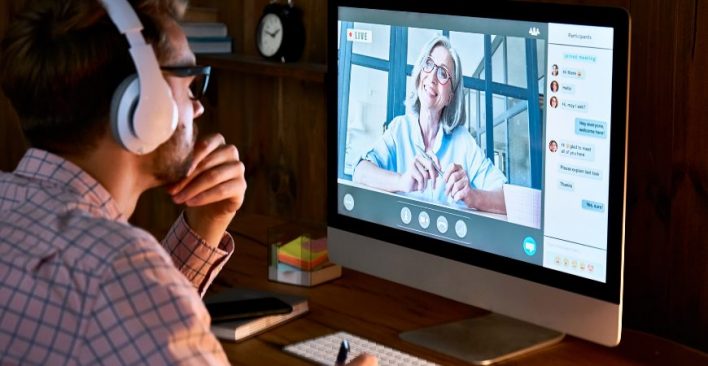 As Managing Director, Stuart Coleman oversees the daily operations, business development and staffing of all of WinterWyman’s Financial Contracting divisions. Stu splits his time between Boston and New York and now owns more t-shirts from two baseball teams than any one person has a right to. Since joining WinterWyman in 1999 as an Account Manager with Financial Contracting, Stu has helped the company expand its financial services placement offerings and managed and mentored both recruiters and account managers. Stu is originally from Virginia where he received his Bachelor’s degree in Economics from George Mason University. His combination of southern colloquialisms and newly acquired north east accent has made him almost completely unintelligible. Stu has a true love of staffing and helping to find people work. He is the VP of the Mass Staffing Association, the Chair of their Legislative Committee, and an active member of the Perkins Business Partners Board for the Perkins School for the Blind. He swears he has a loving wife, three children, a dog, two cats and a fish, but we’re not sure when he has time to see them. 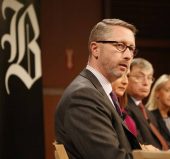