As someone who absolutely loves sports, I follow the fortunes of various teams and often wonder what makes some more successful than others. Certainly, there are times where it is all about certain players and their transcendent ability to carry the team – Michael Jordan made the Chicago Bulls and they have never been the same since he left. The more common case, however, is that someone (the coach, general manager, or owner) plays a strong role in consciously and consistently putting together the right players, coaches, and front office that form a cohesive, effective unit. In recent memory, the New England Patriots, Green Bay Packers, San Antonio Spurs, and St. Louis Cardinals all come to mind as teams that were built to last in this manner. The same set of ideas applies to other organisations, whether they are in the business, non-profit, or government arena.
In my book Xbox Revisited: A Game Plan for Corporate and Civic Renewal, I explore the challenges we faced building the Xbox business and then apply those lessons to our civic organisations. From that analysis and my 22+ years at Microsoft, I’ve concluded that this process is some interesting combination of science, art, and a bit of magic. Here are a few things I’ve learned on the subject of “building the right team.”

Build to the Culture

People’s first instincts are to hire people with the skills necessary to perform a role – people who have all of the tools in the job description. And I think that is fine as an initial screening criteria. The more important, decisive question is whether they will fit in the culture you want for your group. A big portion of the early challenges we had on the Xbox project related to a United Nations of cultures that did not mesh well into a team.
This was not just about people figuratively speaking a different language – that was only part of the challenge. Cultural fit means grouping the right people together AND matching them to the situation and organisation itself. Some people have the right constitution to work in a start-up environment, others require the increased structure that comes with an established company, while still others are better suited to a non-profit or government setting. Team building is certainly about finding the right cultural match between individuals and the organisation.

Great leaders utilise their strengths to great effect, but they also understand areas where they need help from others. I led the creation of the Xbox business as Chief Xbox Officer for Microsoft, but I was far from the ideal candidate for that job. Because I lacked a technical background and was not a video game player, I needed to surround myself with people who counterbalanced my shortcomings with unique skill sets. The real magic for me as a leader was understanding how to shape our strategy and operational plans by integrating ideas from others and empowering them to bring those concepts to life. I nearly drove the team off a cliff in the first three years of the project trying to make all of the decisions myself – and the team only hit its stride when I learned to rely on others more effectively.

in the room. But the company produced many products based on great ideas that did poorly in the market. Smart individuals were certainly valuable assets, in particular in a company that was built on the creation of intellectual property. But bright ideas are an incomplete recipe for a successful project – you also need team members who have the predisposition to get things
done. People who are task driven, who care about quality, and who pay attention to the details. This ability to execute on a plan is an essential, but often undervalued, part of achieving results in any organisation. Great execution can elevate a flawed plan; at the same time, poor operational capabilities can easily sink a great set of ideas.

I’m sure this comes across as a politically correct slogan initiated by someone in the Human Resources Department, but that completely misses the point. Diversity in race, culture, gender, educational background, and many other parameters is a matter of good business management. Planning for the second version of Xbox – a product which needed to reach a larger and broader audience – raised an important question: can a collection of white, male, hard core gamers build an entertainment system for the masses? The short answer was “sort of” which is completely unacceptable. A more diverse team definitely would have done even better. None of this changes the quality bar for the people – but leaders have to be motivated to seek out diverse candidates, take some risks, and develop a diverse pipeline in the team.

No matter how good you are at recruiting, interviewing, and on-boarding, you inevitably will hire some people who don’t have exactly the right skills, don’t mesh with the rest of the team, or don’t initially perform the way you expected. This situation creates Kenny Roger’s proverbial gambling dilemma of “knowing when to hold ‘em and when to fold ‘em.” During our Xbox journey, I hired a number of direct reports and second level managers whose roles were critical to our success, and they all had challenges. My task as a leader was to determine who could be developed into star performers, who could be slotted into positions that fit their skills better, and who needed to be cut loose. One of my own flaws was generally erring on the side of “developing people to make it work” which was a noble but often misguided approach. I needed to make the hold ‘em/fold ‘em calls much earlier in the process.
As a leader, the somewhat frustrating part of this whole process is that the rest of the team absolutely knows when you are getting it wrong. They are so much closer to the issues, they see the interactions that happen every day, they feel the pain when someone isn’t pulling their weight, and they are in the meetings that matter. Most importantly, they lose respect for the leader who doesn’t realise he or she has a problem or is unwilling to make painful decisions to make it right. Good leaders ask many, many questions, they use their HR team to highlight organisational challenges, they find ways to see the team operating in its “native environment,” and they make the tough calls.
Every General Manager of a sports franchise will tell you that building a great team is far from a science. It is more like Picasso than it is Einstein, with a bit of Dumbledore thrown in for good measure. People are not equations that can somehow be magically balanced to reach the perfect equilibrium. As individuals, we are all a bit unpredictable, and when you add the complexities associated with team interactions and the serendipitous nature of market environments, you end up with a very dynamic system. As leaders and team builders – as the General Managers of business and civic organisations – our job is to constantly re-balance the components of the team to optimise in the best way possible. That is why most great leaders spend the majority of their time on the art and magic of people management.

This article first appeared on LinkedIn on February 1st, 2017.

Robbie Bach joined Microsoft in 1988 and over the next 22 years worked in various marketing, general management and business leadership roles, during which he lead the team that developed the Xbox and took the lead on many of Microsoft's most important and well known projects, including their gaming, music, video, phone, and retail sales businesses. He retired from Microsoft in 2010 as President of the Entertainment and Devices Division and is now working as a "Civic Engineer", consulting for organisations that drive positive change, when he isn't speaking at events and conferences around the world. 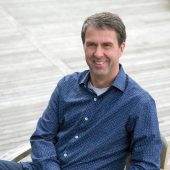