Let me first preface this article with this: Linkedin is a very effective recruiting tool. For many years it’s been the go-to tool for recruiters and companies looking to hire talent, and at the moment, it still is. They’ve essentially killed the resume and put it online, amassing a large network of professionals, and built an impressive living database for recruiters to source from. However, I’m worried about their long-term future and the fact that too many recruiting teams are overly dependent on it.
I’m not the only one worried about LinkedIn’s long-term future. Just one day after sharing a weak forecast, LinkedIn shares plummeted by nearly half of their market value. Around the same time, they announced an acquisition of sourcing tool, Connectifier.
This was disappointing to many recruiters, specifically those using the tool to source technical talent. While these two things may not be directly related that I know of, perhaps the acquisition was an attempt to boost its recruiting product suite or maybe it was a play to eliminate a major competitor to their LinkedIn Recruiter product. Whatever the reason, the recent plunging stock price shows that LinkedIn’s strategy might need an overhaul.
Becoming a public company means having to focus on growing revenue and returns for shareholders, which can sometimes shift a company’s direction and strategy. In the case of LinkedIn, the biggest problem with their business model may be the company’s focus on this very thing.
That seems counter-intuitive, doesn’t it? For many companies, focusing on driving revenue and a healthy return for their investors and keeping customers happy is the goal. However, not when you are also a social network, your customers are not your users, and the very value of your product necessitates users being happy, engaged and active on your site.
[bctt tweet=”The biggest problem with LinkedIn’s public business model may be it’s focus on it says @willstaney”]
When the effectiveness of your products is dependent on the engagement of a social network, a very important balance is needed. In LinkedIn’s case, the over-focus on driving revenue can actually diminish the value of using the social networking site.
Whether it’s recruitment, sales, paid content promotion or advertising, these revenue generating products, when executed improperly, can incentivize undesirable user behaviors on the social networking site that ultimately inhibits its growth and user engagement. In other words, spam is turning off users. Whether it’s the huge influx of fake profiles or lazy recruiters mass inMailing spammy template emails to candidates, this problem very well could be the reason for the decreasing engagement on the social network.
And it looks like investors aren’t the only ones losing confidence and patience in the social networking site, so are recruiters and active and passive candidates. Facebook groups like #FightSpam and The Un-Professional Linkedin Network (which is also now a Linkedin Group) have been formed by recruiters to talk and rant on these very things.

According to the latest study by Pew Research Center, only 13% of LinkedIn users say they visit LinkedIn several times a day. Compared to 2013, more LinkedIn users are logging on less often. Similarly, LinkedIn users who reported visiting the site on a weekly basis dropped from 34% to 25%. Likewise, the proportion of LinkedIn users who only visit the site every few weeks or less has gone up to 61%, from 52% the year before. This is bad news for recruiters.
LinkedIn’s own figures also show its weak user engagement level. Its 2015 annual report reveals that only about a quarter of its 347 million members use the site every month. Compared to 2014, unique visitors averaged at 187 million members per month, which is more than double the number of monthly active users in 2015. This poor user engagement level makes LinkedIn less and less effective for recruiting.
One of the main reasons for LinkedIn’s poor user engagement might be its problematic ‘paid-to-play’ business model. This revenue stream and design restricting many communication and interactions on the platform to paid ones, such as recruitment offers and pitches. But the problem is that most people aren’t looking for jobs all the time. Even LinkedIn’s own 2015 Talent Trends report said it: 70% of the global workforce is passive talent, and many of them are completely satisfied with their current jobs and don’t want to move.
Most professionals are actually looking to network, connect and build relationships with others. And LinkedIn’s one-directional nature makes it impossibly difficult to do this, which is driving people away to platforms where real interactions are taking place.

When I talk to engineers or other highly sought talent about LinkedIn, they tell me they don’t see the value of going on there regularly when they aren’t actively looking for a job. They complain about too many recruiters reaching out in a spammy way or with positions that are not even relevant to their skill set and how that’s not the site where professionals in their industry primary share industry related information and network. So for tech recruiters who primarily source talent on LinkedIn, what should they do?
Much like marketers, it’s important for recruiters to develop a multi-channel sourcing strategy to find, nurture and convert leads to hires. Each channel has its own advantages for sourcing different candidate segments and complements one another.
Twitter, for example, allows you to follow and interact with passive candidates in real-time. With Facebook, you have the capability to search for leads using its Graph Search and Facebook groups, and get a warm introduction to candidates through mutual connections.
By diversifying your online sourcing channels and building presence on platforms that appeal to your target audience, you can expand your reach and grow your talent pipeline beyond the quality candidates you find on LinkedIn.
Putting all of your eggs in one basket hurts your recruiting strategy in the long-term because you’re limiting yourself to only one pool of potential candidates and one platform or engagement point. If you’re open to experimenting and trying out different channels, you’ll gain access to several niche talent pools that will ultimately help you identify and hire top talent faster.
Also, web sourcing tools like Entelo, for example, and other sourcing aggregators that search multiple channels simultaneously will not only present a greater variety of candidates with more contact data but can also save you a ton of time.
[bctt tweet=”@willstaney believes we could all use a little old school, alternative, sourcing strategies.”]
You could also try, you know, getting out from behind your computer and doing it the old fashioned way, like attending networking events, conferences and meet ups. By the way, doing a search on meetup.com or Facebook Graph search for local events by keyword is a great way to find these opportunities as well.
In today’s ever-changing social media and tech landscape, having a multi-channel sourcing and talent attraction strategy has never been more important. If you want to gain an edge over your competition, you need to take advantage of all the available tools, technologies and channels relevant to your candidates at your disposal. If you’re not present where your potential candidates are hanging out–not just where they are actively job searching–you can bet your competitors are.

Will is the Founder of Proactive Talent Strategies, LLC, a modern talent strategy consulting company focused on the recruiting strategy, employer branding and social training. He is the former Head of Global Talent Acquisition at rapidly-growing startups Twilio and Glassdoor. Prior to that, he held recruiting leadership roles at enterprise software leaders VMware, SuccessFactors and SAP. Will Staney is an influential voice in the HR and recruiting space. He regularly blogs and speaks on recruitment marketing, talent acquisition, and employer branding. His recent and upcoming speaking appearances include SHRM Annual Orlando, ERE, HR Technology Conference and Expo, Linkedin Talent Connect, Bersin IMPACT, TalentNet Interactive, Social Recruiting Strategies Conference and more.

View more articles by Will Staney 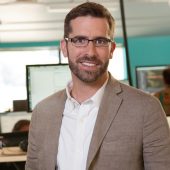