Women are leading some of the world’s biggest technology companies but overall the sector is still struggling to advance gender equity. A subject close to SEEK’s heart, we take a closer look at the issue.

Facebook COO, Sheryl Sandberg, predicted in her famous ‘lean in’ TED talk in 2010 that there wouldn’t be a 50-50 split between women and men at the top of any industry during her working life.

Looking to the more immediate future, Deloitte forecast that by the end of 2016, women would hold less than 25 percent of IT jobs in developed countries. That figure is the same as the previous year and may even be a little less, Deloitte notes.

Currently in Australia, women hold just under a third of all technology jobs, according to an Australian Computer Society report. In the US, women hold a quarter of professional computing occupations.

Much has been written about the value to companies of fixing the gender imbalance through improved results but political commentator Bernard Keane adds two more reasons for action. It’s a problem for women, he writes, because they’re missing out on the business and growth of the booming tech sector. “That means less female participation will lead to greater economic inequality”.

Secondly, he writes, it’s a problem for democracy. “The tech sector… is supplanting the media as the economic sector with the greatest impact on the quality of our civic life. That this sector is controlled by a subsector of the population, white males, has profound ramifications for the rest of us…”

Is it an attraction problem?

It’s obviously not nature, it’s nurture, says Amy Cato, Director of Australian recruitment firm Executive Women Shortlists. “Girls are playing with apps and just as savvy when it comes to computers but they’re dropping out [of the technology sector] at quite significant rates as they enter the workforce.

“We’re just doing ourselves a disservice, our GDP a disservice, our girls a disservice when we say we’re for gender diversity and inclusivity but our behaviours demonstrate the complete opposite. Companies with three percent of women in their leadership team are saying: ‘Well, at least we’ve got one’.”

Cato says the gender imbalance would be “easy to fix” if some of the systemic barriers to women were removed.

“I’m excited about how quickly we’re evolving in this area, but I’m frustrated because I know parity is just so far away,” she says.

Increasing the numbers of women applying for IT jobs has become a focus for some employers and many organisations have sprung up to support and train women.

For some, it’s about encouraging girls at school to put their hands up to take STEM subjects, for others, it’s about mentoring women already in the workplace.

Camp SEEK is one example. It invites girls interested in tech in years 9–11 to come together for a week-long event to develop relevant skills and explore their career options in the IT sector. The aim of the camp is to get teenage girls excited about the variety of creative and interesting careers available in the tech industry, and to assist them in thinking about their high school subject selection, setting them up for a successful education and IT career trajectory. The camp culminates in a ‘create-a-thon’ where participants solve a real-life problem with a tech solution, which is similar to the regular Hackathons that SEEK run internally.

In a recent SEEK Hackathon, the participants tested the notion of a ‘confidence gap’ – that women tend to undervalue their abilities and achievements.

“Studies have found women tend to only apply for roles when they can meet all criteria, whereas men will apply if they can reach 50 or 60 percent. Language is also important, with ads dominated by masculine-coded words deterring females from applying.”

Checking if the studies held true in the Australian and New Zealand markets, the Hackathon participants tested the hypothesis using SEEK job ads and found that ads with up to five listed skills received on average 53 percent more female applicants. And, the higher the masculine-attributed word count, the fewer females applied.

Haslip says it’s clear that job ads should include only skills that are essential and can’t be learned on the job. “If it’s a nice-to-have but you’d hire someone without it, cut it from the list. Many hirers think that by putting a lot of detail into the ad they’ll receive more relevant candidates, but in reality they could be deterring a tonne of great candidates from hitting apply.”

Also, think carefully about the words used in the ad, says Haslip.

“Neutral ads or those with more feminine-coded words don’t reduce male applicants, but the opposite is true for ads with a heavy masculine word count. Masculine-coded language includes subjective terms, such as ‘advanced’, ‘exceptional’, ‘extensive’ and ‘strong’, as well as words that could indicate a bloke-y culture,” she says.

There are plenty of tools on the market that can assess whether writing is skewed towards men or women, says Imogen Studders, Practice Leader at recruitment firm Davidson Technology.

“There’s a lot of mystery around what a career in IT looks like. People often think of developers as sitting in a dark room somewhere coding, but there’s a lot more diversity than just doing those highly technical roles,” she says.

“When I started in recruitment I thought I’d never work in IT. It seemed so boring. But I’ve been in recruitment for over 10 years and the last four in IT, and I absolutely love it,” Studders says.

Gender stereotypes are alive and well

A study of hiring managers in organisations by recruitment firm Hays has found that stereotypes are still alive and well, according to the white paper ‘Gender Diversity: Why Aren’t We Getting It Right?’ Respondents were asked to rate a CV. Half of those surveyed saw the CV with a male name, the other half saw the same CV but with a female name.

Most hiring managers (male and female) chose Simon for a managerial role, although Susan’s technical abilities were rated more highly.

The survey highlighted that unconscious bias is prevalent through every step of the recruitment process, and further on, says Kathy Kostyrko, a Director at Hays.

Naturally, change needs to begin from the CEO, she says.

“Then it really needs to start with the policy: why do we need it, why is it important, and what should we be aiming for. There are a lot of organisations that still don’t even have a diversity policy.

“With the policy in place you can train the hiring managers on the importance of diversity and what to look for in creating their teams. This is where having targets for diversity is really critical.”

Don’t take your eye off retention

Improving the numbers of women in technology jobs may be as much about retention as it is about attraction. Women are leaving the sector for a range of reasons including the male-dominated culture of some firms, the lack of support to stay up-to-date after taking a break to have children, and hours that aren’t family-friendly.

“There are some clients who don’t have trouble attracting employees and now they’re looking at why they might be losing them,” she says.

This article is sponsored by SEEK and originally published on SEEK Insights & Resources.

Tracey Evans is a freelance writer and editor with more than 20 years’ writing on management, human resources, occupational health and safety, industrial relations, business and finance topics. Tracey is also a regular and trusted contributor to SEEK Insights & Resources. 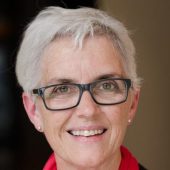