In a recent meeting, your recruiter kept referring to this idea of the ‘skills fit’ interview stage. As the hiring manager, you of course know that you need to assess the skills of every candidate. But what does a ‘skills fit’ interview generally look like? And when do teams usually conduct it?
The skills fit interview comes in various shapes and sizes. Whether it’s a technical phone screen, sales demo, or even specific questions about your candidate’s past performance, the skills fit is your chance to see whether or not your candidate has the basic, essential skills to succeed in your open role. For this week’s post in our “How to Design Your Interview Process” blog series, we explored the purpose and place of the skills fit within the interview process. After chatting with Intrepid Pursuits‘ Director of Talent Andrea Garvey, Senior Recruiter Gene Salvadore, and Greylock Partners‘ Recruiter  Jonathan Lydon, we learned exactly why companies value the skills fit in particular, and how they incorporate it into their interview process.
[bctt tweet=”How to integrate the ‘skills fit’ into your interview process?” username=”ATCevent”]

‘Tell me about how you set up your sales process. What does your typical day look like?’ – Gene Salvadore

In sales, one basic skill is the ability to set up an effective sales process each day. So while

Gene doesn’t ask candidates to solve problems in his skills fit phone interviews, he does want to know that they set goals to make X calls a week and prospect for X hours a day. In Gene’s experience, successful salespeople have a structure that allows them to go after opportunities rather than wait for opportunities to fall into their lap. If his candidate can’t outline their recipe for success step by step, then he knows they won’t excel on his team.

Jonathan and Andrea also look for very fundamental skills in their skills fit phone screens. When Jonathan has worked for companies that assess a high volume of candidates, he’s identified the skills fit as the crucial stage to eliminate around 50 percent of candidates. “Make sure they have the necessary baseline skills in the skills fit, that they’re analytically strong enough to handle day-to-day elements of the job,” says Jonathan. “Then, use the on-site interview to determine that they can go above and beyond.”
Andrea, who works with hundreds of candidates at Intrepid, has helped to create a rigorous phone screen process that eliminates candidates who clearly don’t hit their hiring bar. “Everyone now knows that if a candidate gets through our phone screen at Intrepid, they’ll likely have a productive on-site interview,” says Andrea. Once, she organised 10 arduous interviews in 10 consecutive days, or 30 hours of interviews in two weeks. Before she takes up that much of her team’s time, she wants to be confident that the candidate will be successful in their on-site interview.

“After you ask technical candidates to debug a written set of code, make sure they can walk you through their problem-solving process.” – Jonathan Lydon

to company. According to Gene, the recruiter should only manage the skills fit screen if they are deeply familiar with the role. They may not know the nuances of the sales team’s accounts and territories, for example, but they should be capable of thorough, early stage qualification. In other words, when a recruiter asks ‘Tell me about a deal you closed,’ they should know which elements of the candidate’s story are most important. By the end of the call, the recruiter should know specifics like how the candidate found the prospect in the first place. Was the lead brought to them or did they go out and find it? Were they integrally involved with the whole sales process or did they rely on others for help? “Figure out what they’ve done, and see if it matches what they’ll need to do,” says Gene. “And don’t tell them what you’re looking for, because then they’ll just give you the answers you want to hear.” Gene follows the motto ‘The best sharks, you don’t feel them bite,’ or the idea that the best recruiters don’t show candidates that they’re being qualified. Only the most seasoned recruiters, those who can subtly and seamlessly qualify, should conduct the skills fit.

According to Jonathan, the first step towards a successful skills fit is identifying your strongest interviewers. It is the most important factor in any skills fit, he says. If they’ve had prior training and they’re confident in their evaluation tactics, they’ll know to build a consistent interview process. “Individual interviewers should know how to assess candidates in the same way every time,” says Jonathan. “They need to ask: What does it mean to pass this interview? What am I looking for? How do I set my interview apart from other interviews?”. Jonathan believes that the biggest mistake companies make is failing to create a repeatable interview process.

Pinpoint the skills they gleaned in past roles

‘Walk me through how you completed this project on your resume.’ – Andrea Garvey 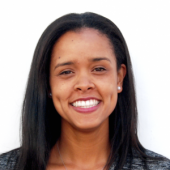