The Most Valuable Network

The most valuable network I could imagine would help me attract well-qualified potential candidates. It would ultimately lead me to people I could place with less energy and time. Anything else would be less useful and less valuable.

Valuable, robust networks need to meet at least four criteria: (1) they need to be made up of people with similar interests and motivations, (2) they need an instigator, a rebel, a community manager who rouses passions and gets people engaged, (3) they need a large enough number of community managers so that someone is always “there” to respond, comment and keep the ball rolling, and (4) they need to save time and energy in the screening and interview processes.

Most networks fail to become significant factors in recruitment because they lack one or more of these criteria. Take a typical recruiter’s version of LinkedIn. It probably contains between 400 and 1000 contacts if the recruiter is slightly above average and has spent some time building her contact list. Most contacts are not personally known to the recruiter and contain a broad spectrum of skills and backgrounds. The recruiter rarely engages the candidates in discussion and learns little about them no matter how long the person has been in their network. Recruiters often pride themselves on the number of LinkedIn connections they have because they focus on quantity, not on how useful those connections are.

Recruiting networks are collections of people. But, successful collectors in any area do not collect at random. They have a focus and a rationale behind their collecting. For example, stamp and coin collectors are focused on a specific country or theme. Sports card collectors concentrate on a team or league, or person. Focus is necessary and is the first rule for the successful use of networks. An eclectic bunch of disparate people is not a formula for success. No one should be in a network that is not a potential candidate.

Therefore, a recruiting network should consist of people with similar or complementary skills. To create such a network, a recruiter needs to know exactly what type of people they are looking for and then spend the time attracting and admitting only them to their community. It would be helpful to screen with a short questionnaire or tool that uses desired criteria. Invitations can be extended to people with the relevant skills and attributes. It is better to have hurdles to entry that ensure the integrity and value of those admitted than to let everyone join.

The real value in networks comes from the tapping connections of the people we already know. For each person known to the recruiters, many more can be reached through those connections. In the social networking lingo, the connections you know are called strong ties, and the others are called weak ties. Tapping into the weak ties extends your chance of finding the skills you need.

There need to be high levels of interaction and useful conversation.
A community manager must foster discussion and engage people in issues that shed light on their interests and skills. If no one comments on posts, agrees or disagrees with a point of view, or adds personal thoughts, most of the value is gone.

We usually think that the people in our professional network should discuss serious and professional issues. But we know that most topics discussed in a social network are chatter about the weather, politics, sports, books, music, and family or health issues. We devalue the network by restricting or trying to control what people discuss. By opening the community to all types of discussions, we learn what a person is really like. Through their comments, we identify with people and understand their posture on issues and what is important to them.

We often think that people who frequently contribute to a discussion are the best, but I believe that volume and frequency of communication are not necessarily indicators of quality. The networks where people discuss relevant issues and have arguments based on facts and evidence are powerful but hard to find.

It often requires someone to throw out a controversial statement or ask a tough question to get people interested enough to respond. By seeing how people respond, you can appreciate their style and ability to get along with others or influence them. That is why having a community manager who is engaging, controversial even, can improve engagement. Always have several community managers ready to engage the network member in conversation. This means creating a widespread army of volunteers willing to monitor your network traffic and comment when appropriate. Nothing is worse than commenting on something or asking a question and then getting no response.

You might enable this by having a full-time community manager or, even better, many people dispersed throughout the organization. Of course, it takes many community members to keep a discussion going, which may be hard to do at first. The community manager must also know when a topic is fading and prepare another topic to stimulate thought. Crowd-sourcing this role makes sense and provides more timely responses and variety.

Screening tools must also focus on engaging with the candidates that at least loosely have the skills you need. Broad and unfocused networks will not improve the speed or quality of hire. It is tempting to think that a wide, diverse network is best because it will attract more people, but it makes it hard to find common themes to engage the network members and dilutes the value of a focused network.

Building and maintaining a focused recruiting network enhanced with technology to enable better communication, skills assessment, and engagement is perhaps the most important future focus for success.

This article originally appeared in the Future of Talent newsletter and has been republished here with permission. 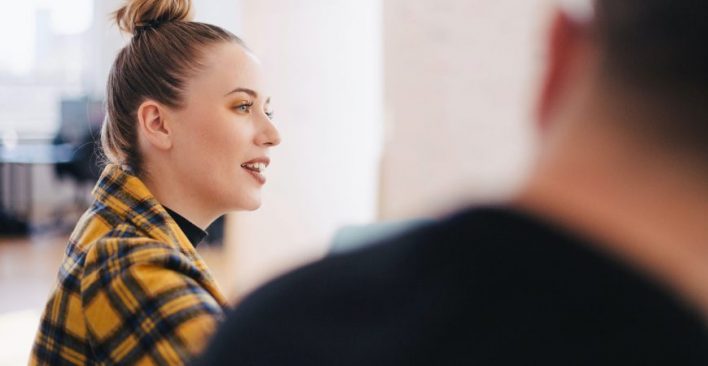