Read Second Thoughts and Part One of this blog series

The barrel jellyfish is a siphonophore. I think that’s a great word but I’m odd like that.
A siphonophore is an organism made up of a whole colony of zooids, not cells as part of a whole but actually different, highly specialised, creatures coming together to form a bigger creature. And they can get quite big… up to a metre in diameter (almost 40” in old money).
They’ve been known to sink fishing boats by filling the nets and dragging them under. I doubt they do that deliberately though.
Also, they don’t just float around like we thought but instead are able to tell which way the current is flowing and actively move against it to stay in vast colonies. These colonies hunt plankton so effectively they can wipe out fish populations.

Why am I telling you this? Because they are perfect examples of symbiosis. Individually the zooids are completely ineffective. They can’t do anything except the one function but bring them together and they become a huge, plankton feasting, fishing boat capsizing, icky when you touch it thing that works perfectly.
We are the same (apart from the icky).
We collect in large organisations made up of smaller groups, each element doing a particular job to help the whole. We fight for survival against other organisations and move slowly in reaction to outside stimuli.
The huge difference is that each of those single elements in our organisations is completely capable of surviving on its own. Capable of choosing which organisation it wants to be part of.
Ensuring that the best, most efficient, most talented, most creative, stay with you ensures the success of the organisation.
The best way to do that? Exit surveys consistently show that the number one reason people stayed as long as they did was because of the people. The other elements.

Let’s make it smaller now. How do you get the right people and get them to stay longer? Source and retain, the two keys to success.
The simplest answer is, by nature, simplistic. But it’s true – do cool stuff. Doing cool stuff and letting people be a part of it makes them want to keep being a part of it. Then they tell cool people who also want to be a part of it.
But it’s never that simple, right? Perhaps you don’t do stuff that’s quite as cool as other organisations. That’s ok, I don’t either.
There are ways of making it cool for the people you have. Enabling them to connect with each other, to find their communities, inside and out, makes sure they have others to share with. As we know, sharing is caring and caring makes us happy.
Creating a space where people aren’t scared to share knowledge enables faster growth for the individuals, their ideas, their teams and your organisation.
Happy and growing? That keeps people coming back time after time.

Let’s Talk About It

I’ll be participating a webinar on mentoring with Kevin Wheeler, facilitated by Trevor Vas, on Thursday the 23rd of April. We will be discussing the changing way people are bridging divides with knowledge sharing, and peer to peer mentoring. I’d love you to join us in this discussion. You can sign up for the webinar here, and tweet any questions you may have to me at @wittering

Simon is a Design Thinking professional who specialises in Human Capital. Focusing on the human element of innovation, he is a strong believer that everyone can help define and sculpt the future and he works to develop teams using tested Design Thinking techniques. With his eye on the long term future of business, Simon demystifies technological advances and social media strategies to provide simple-to-implement approaches to recruitment processes and talent sourcing. In his time as Innovation Manager for Deloitte and Chief Innovation Officer APAC for Allegis Global Solutions, Simon honed his Design Thinking skills and he has trained one on one with Professors from Insead, Stanford and UC Berkeley. He is also a member of the Sydney Digital Disruption Research Group and spent 2 years assessing startups for inclusion in the TalentTech Labs incubator based out of New York. Simon is now Principal and Founder of twelve2 – a talent management consulting firm. 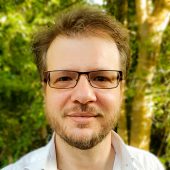