When you read ‘average’ in the title of this blog, what sorts of words, feelings and images did it invoke up for you?  Typical?  Common?  Ordinary?  Nothing special?  Ok? Reasonable?  Tolerable?
If you’re into maths, perhaps you thought of average in the mathematical sense – as the sum of a list of numbers divided by how many numbers there are.
And while average does mean all of these things, it often is interpreted as having negative connotations.  For example, if you describe your day as average, it means it was just a typical day, nothing special, and therefore not necessarily good, right?  I mean, no one likes to be described as average when it comes to their looks do they?!

It’s Good To Be Average

If you’re into psychology, then average means typical, but not in a negative way.  It just means that you’re the same as most other people.  When studying human behaviour, traits and abilities, we measure them by comparing them to a group of other people (a norm group).  If you are average when compared to this group, it means that you are similar to most other people with respect to that behaviour/trait/ability, which isn’t actually a bad thing!
If you’re not into maths or stats, please don’t freak out at the graph below, just try to go with me on this.  The comparison group (norm group) that we use for psychometric assessments can be plotted on a graph such as the below, known as a normative (or bell) curve.  What this shows us is that when compared to the other ranges (identified by letters), the majority of people (close to 40%) will end up in the average range (section C in the graph below, between the 31st and 69th percentiles), when compared to the far below average (section E, 10%), below average (section D, 20%), above average (section B, 20%) and far above average (section A, 10%).

So What Does This All Mean?

Ok great.  So, what does that actually mean?  Let’s have a look at an example of someone, let’s call her Sam Sample, who scored in the average range on a verbal reasoning assessment when compared to managers.
What’s even more important than her average score is what this actually means in terms of Sam’s on the job performance.  That’s the whole reason you got her to do the test, right?  With regard to her verbal ability, a score in the average range means that Sam is likely to have a clear, intelligible communication style, and she can be expected to produce good quality verbal and written communications.  When she is working with verbal information that is in a format she is familiar with, she should be very comfortable and confident analysing and understanding such data.  If she is however working with information that is in a format she is not as familiar with, it may take her a little time initially to understand the information before she can then analyse it in more depth.  Indeed, psychologists tend to describe the average range as the general level required for competence in relation to that ability for the role level they are being compared to (in this case, managers).

You Need To Dig Deeper

Our assessments also provide an indication of Sam’s processing style, and specify whether she completed the test very quickly and less accurately, or whether she completed the test more slowly and very accurately.  This gives you further information on what Sam’s on the job performance is going to be like – when she’s working with new information and/or under time pressure will she rush through her tasks and be less accurate?  Or will she take her time and be more accurate?  And what style is better suited to the role?
Now isn’t that more useful and meaningful than just focusing on her ‘average’ result?
So let’s change our use of average back to what it should be – typical, usual, normal.  Not bad, poor, inferior.  And let’s go back to focusing on what these scores really mean on the job.
Or, should we be changing the language we use to describe assessment results?

A registered psychologist with a Masters of Organisational Psychology, Nicole has expertise in psychometric and behavioural assessment for selection and development purposes. With a passion for positive psychology and analysing human behaviour she loves assisting people to enjoy their work. Whether that be through matching them to the right job through psychometric testing and/or assessment centres, assisting teams to work more effectively together, or helping people to fulfill their potential and be engaged at work. 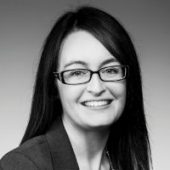 2 Responses to “Just Another Average Blog”