So, you’ve put forward a candidate, the client has made an offer and… your star candidate drags her heels. You’ve tried everything. She’s been out for lunch with the client, she’s visited the client’s office, and she’s perfect for the job and she wanted it too. But now something has changed and she’s reluctant to sign on the dotted line.
Well, don’t give up yet. There’s still plenty you can do. Here’s how you convince a reluctant candidate that a job offer is the right one and turn them into a bright eyed new hire.

We’d be amiss to miss out on the New Year opportunity. With the New Year comes new things, new challenges, and fittingly, the chance for a new start. It’s an opportunity to hit reset, to rethink, and refresh. What better way to do so than with a brand new job?
Use this timeframe to create a sense of urgency. Show the candidate that this is their opportunity to leap into something new and exciting. They’ve got a job offer, why wait? Sign on the dotted line!

If that emotive appeal doesn’t do the trick, try a different approach. Not every person will buy into urgency as a reason to accept a job offer. So, do some digging. Put your detective hat on and ask some probing questions.
For many candidates, the problem is often easily resolved, but you need to identify what it is first. Perhaps it’s the cost of the commute, or it could be a personal reason. The point is, you can’t resolve the issue if you don’t know what it is.
[bctt tweet=”How to convince a reluctant candidate the job offer is the right one? @AndyMckendry1 shares some tips.” username=”ATCevent”]

We know you’re a charismatic, likable recruiter and candidates love working with you. But what about the hiring manager? Perhaps the candidate isn’t quite as taken with them. Not everyone is a people person, and sometimes folks struggle to communicate the loveable side of their character.
Talk things over with the client and get a good idea of what they like about the candidate. Then pass that along. Often, things get lost in translation and people don’t make the right impression. You might find that some good, constructive feedback from the client is enough to push the candidate to pick up a pen, sign the contract, and accept the job. Be the conduit your candidate needs.

Get to the Bottom of the Problem

You’ve asked some probing questions, you’ve shared client feedback with the candidate, and they’re still not convinced. Time for some tough love. Be direct and ask them: ‘What’s going on?’ Tell them how frustrating it is to put all this effort in for someone who just doesn’t seem interested.
Ask them what changed? After all, they applied for the job, they’ve gone through at least one interview, and they’ve got an offer. A lot has gone right in that story, so what’s going wrong now? The likelihood is that the candidate knows the answer to that question. So, push for some info that you can work with.

Know When to Say Goodbye

When all’s said and done, there are times when enough is enough. The candidate just isn’t for turning. That said, there’s one last thing you can try. Tell the candidate that the time has come to make their decision. Be up front with them and remind them that a job offer doesn’t last forever. At some point a decision must be made. So, either they take the job, or they reject the offer. The choice is theirs but the time to make it is now.
Remember, a star candidate is only a star candidate when you can place them. Otherwise they’ve just got potential. So, don’t become too invested with one candidate and don’t be afraid to move on either.
Images: Shutterstock

This article first appeared on Firefish blog on December 15th, 2016.

If engaging and hiring top talent is important to you, check out our upcoming Sourcing Social Talent conference:

Working as a Content Guru, Andy plans, writes, and edits articles and blog posts for Firefish Software. He holds an MA in Professional Writing, and in the early mornings is known to gravitate towards the nearest coffee pot. 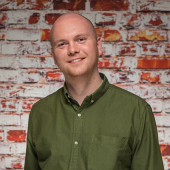