When most people think of getting a new job, they often begin looking outside their current employer. When they do that, they’re overlooking the numerous opportunities that are right in front of them — other jobs within the company.
As employers actively look for productive, motivated employees to fill open positions, many mid-to-large-sized employers have turned to recruiting internally, according to Lisa Sterling, executive vice president and Chief People Officer at Ceridian. She calls the overall process “transboarding,” as a play on words related to onboarding a new employee.
“Transboarding’s impact on the workplace is substantial,” she says. “For one thing, it’s not a trend; it’s a reality in today’s world of work. And a poor transboarding experience can lead to disengagement and potentially lost talent.”
When you consider that many surveys put engagement in the low to mid-30 percent range, that’s a risk not many employers are willing to take, Sterling says.

This article first appeared on hrdive.com on September 20th, 2016.

Tom has been a successful, working writer since 1977 and has contributed to multiple newspapers, corporate communications and for non-profit publications. Since 1990, Tom has been a freelance business writer, with specialties including technology, human resources, property & casualty insurance, sports/sports business, and assorted other areas. With a keen eye for creativity, Tom is passionate about getting the job done quickly, correctly and professionally. 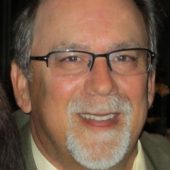