A couple of weeks ago, I attended a luncheon networking event.  There were about 5 – 6 people at my table – and there’s always that one person, right?

There was one person who wanted to dominate the discussion. And frankly, it was draining.  Everything that came out of her mouth was negative or some sort of complaint.  The irony was that she was at this event because she was seeking a new job.  I couldn’t wait to get away from her because she sucked the energy right of me and I’m pretty sure everyone else at the table.  I’m fairly patient but energy-suckers get to me.  I’m no longer willing to give away my energy (have the positive energy sucked out of me) in exchange for something dark and negative.

Interestingly, according to a November 16 working paper from Harvard Business School (HBS), toxic employees are a drain on both a company’s resources and their morale.  As a matter of fact, the study found that avoiding hiring a “toxic worker” saves companies around $12,500 or more compared to hiring a superstar employee only saves about $5,300 for the company.

We know that “toxic” refers to those chemical products or by-products known to be poisonous, dangerous, contaminated and even lethal.

A toxic worker isn’t much better.

They are those workers who engage in behavior that is harmful to an organization.  They’re the ones whose hostile and manipulative actions turn the workplace into a horrible culture.

Toxic employees are so costly because their behavior drives out other workers, forcing companies to spend more money training replacement hires. Additionally research from Cornerstone OnDemand has shown:

When it comes to toxic employees, you want to keep them out of your company.  You’ll need to weed them out in the interview process.  In the example I gave of the person at my networking event, I have no doubt she would act like that in an interview so that one is easy.

Deviate from the dreadful line of standard interviewing questioning. You need to do away with those silly interview questions and have an in-depth conversation. The more you have a dialogue, the more you get to know a person, their skills, and their past achievements. Getting candidates to discuss their employment history is an effective way to screen out those people who always seem to find themselves at the center of the drama and turmoil no matter where they work.

The more comfortable a person feels with you, the more they will launch into the extensive diatribes about their previous employers and colleagues. If you hear the negativity and complaints in the interview, it will more than likely increase dramatically as an employee. I’ve heard many hiring managers say, “Hey, I can work with anyone as long as they get their job done.” But, it’s not just about you as the hiring manager.  It’s about your team and your team has to work with any new person as well.

Remember, history repeats itself.  Learn to spot the following:

And, if you’ve already hired toxic employees, handle it before it continues to grow and further negatively impacts and infects your organization, employees, productivity, revenue and success. Toxic employees exhaust the employer’s time, energy, and focus and they only bring negative energy to their organization.

This is the first in a series of three articles.  The next one will be “Are YOU a toxic employee?” The final article will be “Getting Toxic Employees Out of Your Company.”

This article first appeared on LinkedIn Pulse on December 5th, 2015

It’s been said that you can’t light a fire with a wet match. Jan wants to be the match that sets the motivational soul on fire – the match that ignites the passion in others to help them live their dreams in real-time. After years of being a Global Talent Acquisition Professional, Jan took her career in another direction. She discovered that careers and life frequently get detailed because people don’t understand the power they hold to make changes. As a matter of fact, they are often overpowered by the lack of belief in what they can accomplish. So she became a Career and Life Coach to help people design their destinies. She also founded Johnston Group International LLC, a boutique Recruiting and Career Consultancy firm. Her goal is to help people transform life by uncovering, rediscovering, and living their dream. She hopes that her first book, Dream Big or Go Home: Today’s Bream is Tomorrow’s Reality, will be the catalyst for inspiration for those who indeed want to dream big. 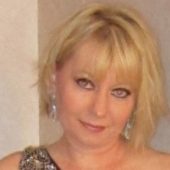