I want to share a something learned over the course of many years and more career changes than I can count. Whether you’re sourcing, filmmaking or firefighting – skills are important, but real success is defined by how we engage and communicate.
In sourcing, some tend to struggle with this part of the job (especially since many are introverts). Tech tools can certainly help decide who to engage and how to get your message delivered, but it can’t create the message. That has to come from you.
This is why I don’t train using a scripted approach for engagement. Instead, each person is trained to find and use their own “voice” by being themselves and using their own personality, character, and phraseology. There are themes and concepts to follow and we’ll touch on a few, but real success comes when a person understands how to use their own “voice” to grab a prospect’s attention. Obviously, each of us is different so the voice used will be different too.

So how does one find their voice?

It has a lot to do with the surroundings and the people we work with daily. These interactions tend to rub off on us. Work in a company where everyone ends their sentences on the upswing and you’ll soon find yourself doing it too. Some work environments are better than others to draw out your own personal voice, and as sourcers, we tend to overlook this when considering work options.
When I first dabbled in recruitment I spent several months in a mid-town Manhattan contingent chop shop. We had four desk “pods” and told to spend 10 minutes or less with any prospect. We basically talked on the phone a few feet from each other and the cacophony of noise was insane (classic boiler room). The recruiters were a colourful cast of characters who would each be comfortable with “@maverick” as a Twitter handle. The only team concept they understood was hoisting drinks together at the bar in Bryant Park after work.
Although I quickly became the top producer, it was a bad fit and I struggled to find my “voice.” From previous years working in sales, instinctively I knew that discovering a person’s attitude, interest and motivation were the keys to guiding their career journey. This was tough to do in less than ten minutes, let alone crafting a compelling client story that would align with their interests. Instead, it was all about shoehorning prospects into openings at “Morgan, Merrill and Goldman” whether it was right for them or not. I was able to do it, but it was brutal and I soon put that shop in the rearview!

After that experience, I had no interest in recruiting. Instead, I sent a resume to a retained search guy who had placed me in a marketing job previously. He called me up right away and told me he had the perfect job for me – running his retained search business. He was looking to wind down, I was looking to gear up and I already had several months of recruiting under my belt. It didn’t hurt that they recruited globally, flew first class and stayed in luxury hotels. Most importantly, I could make it all about the candidate instead of selling jobs. I accepted his offer, found my true voice, and to say I flourished is an understatement.
A great example is found in the movie, “The Wolf of Wall St.” Leonardo DiCaprio’s character is down on his luck, can’t find a job and walks into a lowly brokerage company that sells penny stocks from a strip mall. It’s a dump, yet it fits Leo perfectly and within minutes he’s on the phone mesmerising his new colleagues with a compelling, confident and wild story that lands a big investor. Soon he’s making millions – a day. That’s discovering a voice in a big way.
Leo’s character may not be like your voice (mine either), but each of us has our own style and finding it to make compelling and genuine connections are the point. To go with your newly found voice, there are a small handful of themes that can help make those first engagements zing. For the most part, they’re common sense concepts that manage first perceptions and help coax out a prospect’s story. These are the concepts geared specifically for near-active and passive job seekers:

[bctt tweet=”To Find Great Prospects, Find Your True Voice says @UpwardlyMe” username=”ATCevent”]
Not all of these themes are discussed in one call, although that’s the goal and it happens regularly. Each person is focused on being themselves and applying these themes with their own personality, character, and phraseology. Once a prospect senses the genuine voice they’re hearing, trust and empathy become a reality and that’s when the sparks begin to fly.

You’ll notice there’s no mention of selling a job among these themes. The objective is not selling jobs; it’s building a relationship based on the prospect’s interests. Once you know what they are, you can see if there is any alignment with the roles you’re working on and only then presenting the ones that are.

Recruiters and sourcers using this approach regularly hear prospects say they’ve never before been approached this way by a recruiter. Typically, It’s the beginning of what many times is a rewarding career-long relationship for both. That’s a proactive approach to TA that most only dream about.
What other ways are there to create lasting prospect relationships? I’d love to hear your thoughts!
Images: Shutterstock

This article first appeared on eremedia.com on July 20th, 2016 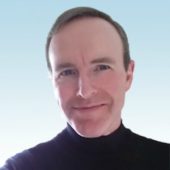 2 Responses to “To Find Great Prospects, Find Your True Voice”