It’s an early morning in May. I had another restless night, tossing and turning over the arduous work that needed to be completed in the morning. My joints cracked ruthlessly as I stretched my way into the shower. It was the warmest night of the year, and the added heat hindered my ability to soothe my mind. My craving for caffeine flourishes as the water began to appease my body and rouse my mind. It’s another Wednesday, and I’m in my usual hump day routine.
I have a manner of ignoring the amount of corporate emails on my phone. There’s a bit of irony in the fact that I instinctively check my phone throughout the night. As my coffee begins to shimmer and the lull disappears, I refresh my inbox to find a subtle surprise. Hundreds of candidates are waiting for me, matched precisely to the search I ran the previous night. I take my first premature sip of coffee, losing my taste buds for the next several minutes, and dive into the task that lies ahead. This is the life of a sourcer.
[bctt tweet=”The future of recruiters lies in their ability to evolve with technology says @sourcingshannon” username=”ATCevent”]
As I scour the lengthy list of candidates a smile quickly appears across my reviving face. These are new candidates. I’ve been on this search for days, and I haven’t seen any of these names before. What have I been doing wrong? As it turns out nothing.
This isn’t 2016, it’s 2021. Two Olympic Games have been completed, we have a new President, we are in a new decade, and have coined another cringe-worthy term for a new generation. We are still driving our own cars, and still complaining about applicant tracking systems and LinkedIn, which we unfortunately just can’t let go. There are many things that have changed, yet so much remains the same.
So who’s sourcing? Well, I am, and just as I’ve been doing for over a decade, I’ve enlisted the help of technology. Unless you’ve been living without it, technology is evolving, and it’s not frightening, it’s thrilling. The debate and the discussion on robots replacing recruiters have been a popular and ever controversial conversation for the past five years. In case you missed it, check out this article from my boss, Rob McIntosh. Sure the threat is real, but I believe our future lies in our ability to evolve with technology. In the future, there should be a happy marriage that will make our profession exceptional and more precise. In the end, shouldn’t the candidate win?
I’ve spent the better part of 2015 traveling the world and meeting some of the brightest minds in data science. One of the most innovative conceptions I’ve seen is the ability to match human behaviour through social networks. I also covered a similar topic, five years ago, with the launch of Identified.
1.6 billion people are using Facebook as their personal diary. In a sad dose of reality, Facebook is pretty much my best friend. I tell Facebook what I like, what I don’t like, what I’m doing, where I am going, who I am friends with, what photos and posts I like and dislike. Facebook attended my wedding and was even there for my engagement. There are very few moments in my life since 2004 that Facebook hasn’t been a part of. I am on it more than I talk to my friends, family, and coworkers. The addiction is real.
What is most amazing about Facebook, is not the addiction, but the ability of it to capture millions of datasets and trends. Facebook has information on users that I can’t see and I can’t source.
[bctt tweet=”Will you be replaced by a robot or will you source with one? ” username=”ATCevent”]
Imagine running an algorithm through Facebook on every employee within an organisation. In theory, you should be able to capture trends with specific likes and interests. Now run that algorithm outside the organisation and have it retrieve potential candidates that match the same interests, behaviours, and background of its current employees. Removing job titles will add a layer of holacracy that will further deepen the pond and help match candidates to a company.
This is the list of candidates that I received Wednesday morning, the list that placed a smile on my face. The treasure trove of secluded candidates buried in hidden competencies and datasets. My job now is not only to source but to match. I’m not being replaced by a robot; I’m just sourcing with one.

This article first appeared on SourceCon on May 11th, 2016.

Shannon Pritchett is the editor of SourceCon. As a lifelong student in the recruitment industry, Shannon is passionate about improving it. Shannon has a diverse background in training, sourcing, international recruitment, full desk recruiting, coaching, and journalism. Shannon got her start in the recruitment industry at Vanderbilt University and later worked as a Senior Recruiter for Internal Data Resources and Community Health Systems, Social Media Recruitment Ambassador for T-Mobile USA, Director of Recruiting for Moxy, Trainer with AIRS, and last as a Manager of Global Sourcing and Training for ManpowerGroup Solutions RPO. 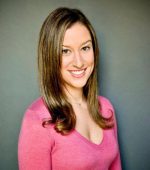