Today’s jobseeker is more savvy and well-informed than ever – they can quickly become au fait with an organisation, its culture and even the way employees feel about their CEO. This increased access to information means an inevitable boost in the bravery of candidates and their willingness to do or say whatever’s needed to land their dream job.
Even before it became possible to search Google for just about anything, the HR industry expected candidates to do some background research on the organisation and individuals they wanted to impress. They also anticipated a certain level of exaggeration by keen hopefuls looking to stand out for their experience and expertise. However, according to research we commissioned in 2016, today’s jobseeker is a lot more willing to ‘bend the truth’ and the findings highlight the risks Australian organisations face due to poor recruitment practices.
The Xref Recruitment Risk Index took a closer look at the current hiring process, specifically reference checking, from the eyes of the candidate. Using a survey of more than 1,000 Australians aged between 18 and 39, that had applied for a job in the last two years, we uncovered just what jobseekers are willing to do to land a role.

Australian Jobseekers Will Lie for Work

Admittedly we don’t think we’ve uncovered a great, unknown goldmine when we say people are willing to lie to get a job. It’s an HR industry – wide – and probably even cultural – acceptance that jobseekers will tell ‘white lies’ throughout the recruitment

process to improve their chances.
The research findings revealed 70 per cent of respondents had admitted to taking advantage of a lack of security, consistency and accountability in the traditional approach, to make the reference checking phase work in their favour.
However, while we often find this number comes as little surprise to HR colleagues, the deeper the findings go, the more people tend to sit up and take note.
It’s one thing to stretch the truth but it’s another to deliberately lie to a potential employer and 42 per cent of respondents were willing to admit to doing so during the recruitment process. A further 23 per cent had even asked a referee to lie on their behalf, with 11 per cent asking someone they hadn’t worked closely with to be a referee, 16 per cent asking a friend and 11 per cent going so far as to ask a family member.

Poor Referencing Practices are the Root Cause

While it can be easy to point the finger at opportunistic candidates, the Recruitment Risk Index also showed that major inconsistencies and inefficiencies in the recruitment system are as much to blame.
Given the conversational and inherently human nature of the approach, the phone-based method of collecting references cannot offer truly accurate, consistent and comparable data, and is considered nothing more than a time-consuming burden by some HR professionals, which may go some way to explaining why 19 per cent of respondents were aware their references had gone unchecked.

This perception of reference checking as just a box-ticking exercise also means it is often left to the most junior, inexperienced member of the team. In small businesses without a HR department or recruitment agency, it will usually be completed by someone at a managerial level with little or no experience in HR, but with a clear idea of the type of candidate they are looking for.
The lack of governance around the process and experience of those conducting it, is leaving organisations open to the risk of discrimination allegations. Twenty-nine per cent of respondents who had acted as a referee claimed to have been asked discriminatory questions about a candidate, including their age (15 per cent), whether they have children (11 per cent), their marital status (10 per cent) and their sexual orientations (7 per cent). In today’s business environment, where organisations are striving to improve their diversity and inclusion, it’s staggering to hear questions like this are being used to help inform hiring decisions.

Our research found 84 per cent of respondents had applied for two or more jobs in the two years prior, and 30 per cent had applied for 10 or more. Online job portals make it easy to apply for multiple roles at any one time, increasing the competition for the best talent and making delays in recruitment processes an HR professional’s worst nightmare. The research found that 42 per cent of the candidates questioned had even abandoned a job application altogether, due to delays specifically in the reference checking process.
As the global war for talent becomes ever more competitive, the opportunity to cut corners and rush processes such as reference checking can be tempting. But poor reference checking practices are not doing our national talent pool any favours. Allowing people to jump from role to role with an increasing snowball of ‘white lies’ will ultimately result in a nation of leaders that do not have the right experience or career history to be in their position.

Today, good-quality data is the minimum requirement for effective business processes. Retrieving that data quickly, via a consistent, secure and efficient means, requires the disruptive technologies that we are starting to see the industry adopt.
These automated, online solutions – like Xref – offer HR professionals efficient, reportable and benchmarkable data collection to aid their hiring decisions. And, contrary to the oft-reported fears that these solutions will threaten the HR jobs of the future, they provide HR professionals with the opportunity to spend less time on repetitive, admin-heavy tasks, and more time providing meaningful, strategic support to their organisation.
I will be discussing the findings of the Xref Recruitment Risk Index with a panel of HR and recruitment experts at the Australasian Talent Conference 2017. We welcome you to join us and hear what the implications may be for your business.
Images: Shutterstock

This article is sponsored by Xref.

Less than FOUR weeks to go! Join your peers at the largest Talent Acquisition & Management conference on the Southern hemisphere to learn more about the latest trends and pick up useful sourcing tips & strategies. Tickets available here.

Lee-Martin Seymour is co-founder and CEO of Xref. The Xref concept was initiated from Lee’s frustration, following 17 years in recruitment, with the way reference checks were being conducted. Co-founder Tim Griffith’s deep technical understanding enabled him to envisage how automation could improve the process. And so, Xref was born. Lee’s ability to empathise with the struggles of his clients and confidently share counsel, is no coincidence. He previously spent 17 years working in recruitment across various industries and geographies. During this time, he developed a strong understanding of the demands of the employment market and its pain points. A serial entrepreneur with a determination to streamline business practices, Lee has also been at the forefront of multiple other technology and recruitment organisations that redefine processes, build brands and bring positive change to a community. 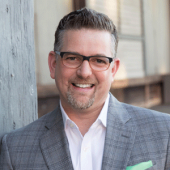