Recruiters Have To Be Miracle Workers (Especially At Christmas)

As recruiters we’re sometimes expected to perform miracles. We conjure up candidates, sourcing rare skill sets and matching these with the right location, salary expectation and cultural fit. So when a hiring manager asks us for a left handed beekeeper, who lives next door, is willing to take a pay cut and moonlights as a stand up comic we’re expected to simply refer to our Recruiter’s Almanac and readily prepare a shortlist of stellar candidates. Being the miracle workers we are, we’ll find that elusive left handed beekeeper but a critical measure for our success and the resource we’re most commonly short of is time.
The rise of social sourcing has enabled recruiters to both cast a wider net and tailor their search around more niche skills and circumstances. Whilst there is an abundance of technologies to aid sourcing we remain time poor because we are still at the mercy of rather archaic processes throughout the recruitment lifecycle. Processes around candidate pre-screening, interview scheduling, exchanging/signing contracts, police checks and reference checking have until recently seen little in the way of innovation. Many recruitment teams across ANZ are still approaching these tasks in much the same way they did a decade or more ago.
Pre-employment reference checks have become a hot topic of debate, spread across an all encompassing spectrum of opinions. There are those that see references as just an enormously time consuming tick-in-the-box exercise, then there are many that see reference checks as an invaluable source of information. Reference checking provides the sole opportunity to seek the opinion of those outside of the recruitment process, of anyone other than the candidate themselves and the hiring manager. If we find little value in this information, or that the value isn’t worth the time invested in the practice, we should question the method of collecting the information, rather than the practice of reference checking itself.
Taking references by phone can be a disjointed, clumsy process, robbing recruiters of that most precious of commodities time. The most suitable referees are often the hardest to pin down and a protracted game of phone tag can lead to a loss of momentum and start dates being missed. For referees it’s an inconvenience, tolerated through a feeling of obligation. Typically, a referee wants to give a thorough, balanced and accurate reference. However, they’d like to do it on their terms. They’d like the opportunity to give a reference at a time convenient to them and with the peace of mind that their thoughts and opinions are not misinterpreted or amended by a recruiter frantically typing away as they speak. A referee wants control. When a referee has control we see value in the information they provide.
By rejecting phone based references and moving to a fully automated, online reference checking process organisations including Westpac, Qantas and PwC have been able to mitigate the pitfalls of phone based references whilst at the same time increasing the quality of information received from referees. Mission Australia made the decision to move to online reference checking in early 2014 when they rolled out Xref, Australia’s leading online referencing platform. They automated the referencing process via Xref’s easy to use, mobile ready, fully reportable, cloud based platform. Mission Australia found referees were often based in remote areas of Australia and hard to contact by phone. Prior to using Xref, the recruitment team were wasting hundreds of hours a year chasing referees and hand braking the recruitment process. With no setup costs, integration required or involvement from IT, Xref was adopted. Initial concerns around referee’s based in remote communities ability to access the online platform and respond in time proved unfounded. Mission’s recruitment team immediately felt the benefit of the time that was afforded back to them; time they could spend with the business leaders or invest in sourcing for hard to fill roles.

In late 2014 Mission Australia won a contract to deliver disability employment services along Australia’s east coast, from Cairns down to Tasmania. Services were to be delivered to 10 remote regions, across 4 different states. The contract required Mission Australia to source 40 experienced disability employment advisors. Mission were contractually bound to have these advisors ready in time to start giving employment advice for late January, when the advice centres opened.
At Mission Australia, whilst similar contracts had been won in the past, they weren’t in these  remote areas. There was pressure to deliver and whilst measures were taken to improve phone screening and interviews, Xref was the only major process change taken to cut timeframes.
Timing of the contract was critical, as Mission Australia’s Recruitment Manager, David Meere explains, “With advertisements posted in early December we had to shortlist and interview before our Xmas shutdown of December 19th to January 5th. However, we couldn’t stop operations over this period as this would have given us far too much to do in January to meet our deadline, especially given a lot of the recruitment team were on leave either side of the Christmas shutdown.
“It was essential that we were able to chase and conduct reference checks over Christmas and New Year to meet our January deadline. Using Xref, the team were able to instantly upload our candidate’s details into the platform and start the referencing process ahead of the break. What would have been a hugely time consuming manual task, Xref was able to automate. References were returned completed in an average of 26 hours from when the recruitment team requested them, with no sacrifice in the quality of the referee’s responses.
“Without Xref we were looking at at least 40 hours work to conduct references. Mission would have certainly needed to bring in expensive contingent workforce over the Christmas period and even with temps on board, there would have still been no guarantee, at this time of year, that we’d have been able to contact the referees by phone. With Xref we were able to improve the speed of our offer, so candidates could give notice earlier and ultimately start on time. The team successfully met the conditions of the contract delivering staff in time for the January deadline.”
The recruitment team at Mission Australia continue to use Xref, benefitting from the improved content of the reference and the intelligent data it serves back to the team, whilst strategically investing the extra time afforded to them through this crucial step in recruitment automation. 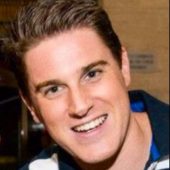