As much as we might not like to admit it, our career paths are heavily influence by sheer luck and happenstance, i.e., knowing someone who can give us a referral, or simply being in the right place at the right time. But that doesn’t mean hard work is without merit; it just means it’s exceedingly difficult to demonstrate merit in a 30-minute interview. Consequentially, more often than not interviewers are forced to lean on unreliable indicators like gut feelings and personal biases.
But there is a cognitive dissonance between how we perceive successful careers and the how we actually acquire successful careers. According to Pew Research data, people in higher income brackets are much more likely than those in lower brackets to say that individuals get rich primarily because of hard work. Robert H. Frank at the Atlantic also points out that wealthy people “overwhelmingly” attribute their own success to hard work rather than luck or circumstance.

People who have the room to talk love to tell you how they didn’t need any help from anyone to make it, and how they are “self-made”. In reality this is rarely the case. Recruiters still overwhelmingly prefer employee referrals over anything else. A joint MIT/New York Federal Reserve study found that referrals account for 30 to 50% of all new hires, even though they only made up 6% of total applications, easily outperforming online job boards. In fact, a referred employee that gets an interview has a 40% better chance of getting hired. For every skyrocketing career you can bet there were some key personal connections that made it happen.
Why do we rely so heavily on referrals? For one thing there is simply not enough time during a one-on-one interview process to get to know a person well enough to judge whether they will fit with the company, and a longer interview process isn’t a silver bullet. Not too long ago Google famously subject candidates to 25 interviews apiece, experimenting with several unorthodox interview methods, only to find it changed little in the way of making quality hires.

But they weren’t deterred. They decided there must be shorthand to predict who will be a good fit with some degree of accuracy. Laszlo Bock, People Chief at Google, figured as the world’s leading search provider he might be able to use his company’s specialty – data aggregation – to create a reliable “algorithm” to help bring some real predictability to hiring.
After crunching the numbers, however, he was dismayed to find that no one person was any good at choosing the “right” candidates, and there were no reliable indicators of fit that could apply across all candidates. Regardless of on-paper qualifications, individual interviewers can’t help but carry personal biases with them, and it’s always possible for a quality applicant to have a poor interview.
When Bock turned his attention to the interviewers, he stumbled upon his method. He found that the optimum way to hire was four interviews with four separate interviewees, which yielded a fairly reliable 86% success rate. He concluded that aggregate interview scores effectively mitigated the human error and bias factors. Bock called this the Rule of Four, and claims that it cut down median hiring time at Google from 90-180 days to 47 days, as well as provide a boost in overall retention of new hires.

Make Your Own Luck

Google has a reputation for being the best at hiring, but their brightest minds could only squeeze out an 86% success rate after examining every mitigating factor that goes into recruiting, leaving plenty of room for error. That alone should give you an idea of how difficult hiring the right person actually is. The bright side is, while there may not be a foolproof method for identifying what will help at an interview, we have a great idea of what definitely will not help:

Smart hiring is all about mitigating unknowns as much as possible before the hire, something easier said than done. So don’t be discouraged – you have the power to make your own luck.

Serving as the Head of Marketing for Michael C. Fina Recognition, Cord Himelstein has helped Michael C. Fina Recognition become one of the leading providers of employee recognition and incentive programs. Since 2007, he has been responsible for leading the company’s strategic marketing initiatives and communications efforts. Cord works closely with customers to help them develop measurable workforce recognition strategies and create memorable experiences for their employees. 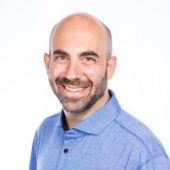