Part 2 of this article can be found here

Demographic pressures, expanding economies in non-traditional markets, rapidly changing customer needs and desires, technological innovation, and an increasingly complex, networked world are leading to significant changes in how people think about work, how people actually work, and how organization are shaped.
Five disruptors are tearing apart how we see the world. Our assumptions about work and talent are challenged by market realities and the growing difficulty in fitting people into outmoded systems that were built for anther time.

Many of us grew up with our model of work being an 8-5 job, at a place removed from home, either an office or a factory, for a fixed salary.
In 1960, 4 of the top 5 employers in the U.S. were goods producing, while today the top 5 employers are all service providers. Less than 15% of the U.S. workforce is involved in producing goods today.
Young people are driving changes in our attitudes about work. Generally they are marrying much later (median age approaching 30 now) and not having children (National Center for Health Statistics show birthrate dropped to 1.9 in 2010—well below the replacement level of 2.1). Home and automobile ownership has declined among young people. Only 22 percent of drivers are in their 20s or are teenagers, which is down from a third in 1983.
Completing college education is taking longer and is often never completed as people explore learning themselves, do cognitive apprenticeships, and take online courses. Getting a degree is not as motivating as it once as. Careers are yielding to shorter-term, project-oriented work. People may have as many as 4-5 entirely different “careers” in their lifetime.
Service work is less routinized and more creative; freeing people from physical location and lowering fixed costs. This has led to a variety of working styles ranging from traditional fulltime work to a variety of other options including part-time and contract work to total self-employment.  Very few people need to come to a physical place in order for work to take place.
There has been explosive growth in people who do not want fulltime, permanent employment. These are people who have chosen to work either as temporary workers or as part-time ones or on projects that have firm end dates. In the United States, as much as 30% of the workforce is considered to be contingent – either temporary, part-time or contract workers. More people are deciding that working for employers is a form of indentured servitude where you are promised light security and a regular paycheck for you labor. At the same time, employers are often making huge profits that are not shared and expecting loyalty that is often repaid by redundancy.

“While the economy has unwillingly pushed some people into independent work, many have chosen it because of greater flexibility that lets them skip the dreary office environment and focus on more personally fulfilling projects”. –The Freelance Surge is the Industrial Revolution of Our Time. The Atlantic.

Young people are flocking into cities, renting flats and sharing living accommodations with partners and friends. A recent survey found that Gen Y is more likely than older generations to live in apartments and in downtowns, with 54% favoring renting and 39% favoring city living.
Small, entrepreneurial businesses developing software, games, or offering services such as hourly car rental, sharable office space, bicycle repair, and food services have grown to employ this mobile, educated and urban population. Estimates are that for every engineering or software developer job created, five additional jobs are created in services that support them.
Entrepreneurs are highly regarded and the idea of working for oneself is compelling and possible.  Career mosaics – working lives made up of different professions and different working styles – will be normal.

Traditional organizational structures and habits inhibit innovation and creativity. The industrial age separated people, organized them into functions and silos that actually prohibited sharing and, hence, in many ways inhibited invention and innovation. Twentieth century organizations were designed for mass production and volume, not innovation and change.
Collaboration, sharing, open source, and a different view about intellectual property will dominate the 21st century. While some things will remain proprietary, what those are will evolve. The dominant trend will be on creativity, building off of each other and sharing.

There is less value in owning data and more value in how it is shared, understood and applied. In fact all inventions and advancements are the work of many people building on each other, often working together and learning from each other.
Google has organized itself into teams of interdependent workers who share roles, collaborate, experiment, and focus on achieving goals. Decisions are based on data gathered by a variety of tools. Having real-time data allows they to fail quickly and move on to something else.  Quick failure is celebrated. They spend very little time worrying about titles, job descriptions, and management levels.
Analytics help us identify the signal amongst the noise created by endless amounts of words, video, and numbers.  It becomes the tool for deriving useful information from disparate data; for finding associations, patterns, and correlations; for establishing probabilities and for making better decisions.

General Motors had almost 600,000 employees in 1960 and built around 2 million vehicles.  Today it has 200,000 employees and builds over 9 million vehicles each year. This is a common story among manufacturers everywhere- doing more with fewer people.
Robots are rapidly replacing workers or reducing the amount of work they have to do.  Everywhere from banks with do-it-yourself automated tellers to robotically equipped mines, jobs are changing or being eliminated more quickly than many thought was possible.
We will give up many routine jobs to robots easily, but other jobs may remain human for sometime to come. These include all those that require human understanding or empathy such as psychology and sales. Creative arts will remain human for some time.
Robots will do jobs we can’t do or that are too dangerous for us to do, such as bomb or hazardous material disposal. We will do other jobs as partners with robots.

A complex, rapidly changing world made up of fickle customers and global markets requires new ways to organize and new ways of thinking about leadership.
Traditional models of hierarchical leadership are already failing to deliver results.
Financial stress, talent gaps, lack of innovation, and competition on a global scale are causing many organizations to stumble.
This last recession almost brought the end to General Motors and to many of the traditional, hierarchical firms that manufactured products or delivered services at too high a cost and with not enough innovation.
Organizations need to become smaller, act faster, and be more networked.
Some organizations have adopted non-hierarchal forms and have built strong networks among their employees and customers.
Hong Kong entrepreneurs Victor and William Fung recently wrote a book, Competing In A Flat World, about their efforts to change a 100-year-old firm to meet the challenges of today. They are replacing a traditional hierarchy with a collaborative, flat, network infrastructure
Zappos has recently adopted a flat management style based on the concept of holocracy.  Firms such as Handlesbanken in Sweden, which offers a full range of financial services in Scandinavia and in Great Britain; is Sweden’s largest and most profitable bank. It has weathered the financial crisis and recession with record profits. It is almost completely decentralized, designed around collaboration and sharing, has virtually no hierarchy, and empowers every employee to make decisions without consulting a boss. We should always ask if formal structure is contributing to market success or is it only for internal purposes
Centralized, hierarchical organizations are never aligned with customer, market or employee interests.

Summary- The Future of Work

Demographic pressures, expanding economies in non-traditional markets, rapidly changing customer needs and desires, technological disruption, and an increasingly complex, networked world are leading to significant changes in how people think about work, how people actually work, and how organization are shaped.
Our assumptions about work and organizations are being challenged by market realities and the growing difficulty in fitting people into outmoded systems that were built for anther time.
Image credits: Time, JWM, redorbit.
Part 2 of this article can be found here 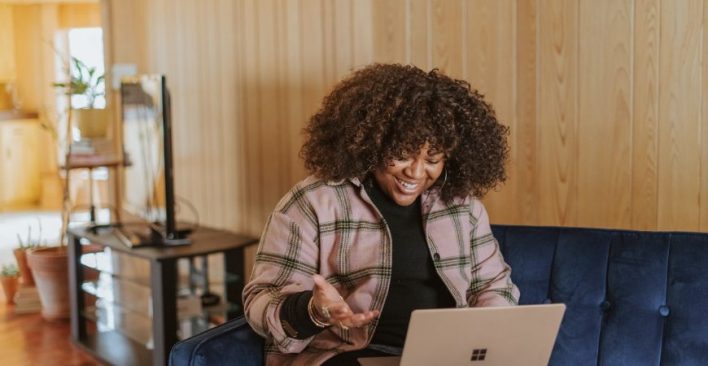 Here’s where the candidates are in 2022