Striving to increase workplace diversity is not an empty slogan — it is a good business decision. A 2015 McKinsey report on 366 public companies found that those in the top quartile for ethnic and racial diversity in management were 35 percent more likely to have financial returns above their industry mean, and those in the top quartile for gender diversity were 15 percent more likely to have returns above the industry mean.
In a global analysis of 2,400 companies conducted by Credit Suisse, organisations with at least one female board member yielded higher return on equity and higher net income growth than those that did not have any women on the board.
In recent years a body of research has revealed another, more nuanced benefit of workplace diversity: non-homogenous teams are simply smarter. Working with people who are different from you may challenge your brain to overcome its stale ways of thinking and sharpen its performance. Let’s dig into why diverse teams are smarter.
[bctt tweet=”Striving to increase workplace diversity should not be an empty slogan says @davidrock101″ username=”ATCevent”]

They Focus More on Facts

People from diverse backgrounds might actually alter the behaviour of a group’s social majority in ways that lead to improved and more accurate group thinking. In a study published in the Journal of Personality and Social Psychology, scientists assigned 200 people to six-person mock jury panels whose members were either all white or included four white and two black participants. The people were shown a video of a trial of a black defendant and white victims. They then had to decide whether the defendant was guilty.

It turned out that the diverse panels raised more facts related to the case than homogenous panels and made fewer factual errors while discussing available evidence. If errors did occur, they were more likely to be corrected during deliberation. One possible reason for this difference was that white jurors on diverse panels recalled evidence more accurately.
Other studies have yielded similar results. In a series of experiments conducted in Texas and Singapore, scientists put financially literate people in simulated markets and asked them to price stocks. The participants were placed in either ethnically diverse or homogenous teams. The researchers found that individuals who were part of the diverse teams were 58 percent more likely to price stocks correctly, whereas those in homogenous groups were more prone to pricing errors, according to the study, published in the journal PNAS.
Diverse teams are more likely to constantly re-examine facts and remain objective. They may also encourage greater scrutiny of each member’s actions, keeping their joint cognitive resources sharp and vigilant. By breaking up workplace homogeneity, you can allow your employees to become more aware of their own potential biases — entrenched ways of thinking that can otherwise blind them to key information and even lead them to make errors in decision-making processes.

They Process Those Facts More Carefully

Greater diversity may also change the way that entire teams digest information needed to make the best decisions. In a study published in the Personality and Social Psychology Bulletin, Katherine Phillips of Northwestern University and her team divided sorority or fraternity members into four-member groups, each of which had to read interviews conducted by a detective investigating a murder. Three people in every group, referred to as “old-timers” in the study, came from the same sorority or fraternity, whereas the fourth, the so-called “newcomer,” was either a member of the same sorority or fraternity or a different one. The three old-timers in each group gathered to decide who was the most likely murder suspect. Five minutes into their discussion, the newcomer joined the deliberation and expressed their opinion as to who the suspect was.
It turned out that although groups with out-group newcomers felt less confident about the accuracy of their joint decisions, they were more likely to guess who the correct suspect was than those with newcomers who belonged to the same group.
The scientists think that diverse teams may outperform homogenous ones in decision making because they process information more carefully. Remember: Considering the perspective of an outsider may seem counterintuitive, but the payoff can be huge.
[bctt tweet=”Truth: Diverse teams process information more carefully says @davidrock101″ username=”ATCevent”]

To stay competitive, businesses should always continue to innovate. One of the best ways to boost their capacity to transform themselves and their products may involve hiring more women and culturally diverse team members, research suggests. In a study published in Innovation: Management, Policy & Practice, the authors analysed levels of gender diversity in research and development teams from 4,277 companies in Spain. Using statistical models, they found that companies with more women were more likely to introduce radical new innovations into the market over a two-year period.

In another study, published in Economic Geography, the authors concluded that increased cultural diversity is a boon to innovativeness. They pooled data on 7,615 firms that participated in the London Annual Business Survey, a questionnaire conducted with the UK capital’s executives that asks a number of questions about their companies’ performance. The results revealed that businesses run by culturally diverse leadership teams were more likely to develop new products than those with homogenous leadership.
Though you may feel more at ease working with people who share your background, don’t be fooled by your comfort. Hiring individuals who do not look, talk, or think like you can allow you to dodge the costly pitfalls of conformity, which discourages innovative thinking.
In a nutshell, enriching your employee pool with representatives of different genders, races, and nationalities is key for boosting your company’s joint intellectual potential. Creating a more diverse workplace will help to keep your team members’ biases in check and make them question their assumptions. At the same time, we need to make sure the organisation has inclusive practices so that everyone feels they can be heard. All of this can make your teams smarter and, ultimately, make your organisation more successful, whatever your goals.
Images: Shutterstock

Join us at the Sourcing Social Talent Conference as we reveal how to build a diverse workforce with the ‘secret sauce recipe’.  See the full agenda and register here.

David is the owner, co-founder and CEO of The NeuroLeadership Group. A specialist management consultant, David’s experience has spanned many years and he has been called a through leader in neuroscience by his peers. An avid author, David has two published books; “Your Brain At Work” and “Quiet Leadership” that have been referred to as must reads for leaders and managers. 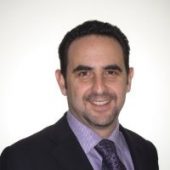