When the Adelaide Crows and Brisbane Lions ran onto the football field in March this year for an AFL grand final, history was made. What made it significant was all the players were women.

For Sam Mostyn, deputy chair of Diversity Council Australia and recently appointed Sydney Swans board member, the inaugural women’s AFL season was a vision she had been championing since her 2005 appointment as the code’s first female commissioner.

Mostyn is a staunch advocate for greater inclusion in our workplaces.
She says while the modern boardroom is becoming stronger and more diverse, there are still many who hold onto a traditional like-minded core of decision makers at the top.
Changing a culture takes active leadership, says Mostyn, but is important in ensuring an organisation’s longevity.
“I think diversity and inclusion is a contemporary form of leadership that ensures they are building a sustainable organisation,” says Mostyn.
[Tweet “Changing a #culture takes active #leadership, says Sam Mostyn”]
“Good leaders understand they have to take a stand, and if they have to break the rules to do it they will.”
Mostyn says women have played Aussie Rules for 20 years but it was only when the AFL board stopped being exclusively male that the female players had an avenue to pursue their desire for their competition taken more seriously.
She says the foresight of then AFL chairman Ron Evans to seek out a female representative for what had always been an exclusively male board has secured this iconic Australian sport’s longevity.
Evans recognised that 50 per cent of Australian Football League supporters, and 30-40 per cent of its viewing audience, were female – yet they had no representation at its helm.
He sought permission to change the constitution to allow for a diversity criteria application and 10 women around the country were headhunted for the job, which ultimately went to Mostyn.
His instinct was right.
Mostyn kept the women’s league cause on the board’s agenda and, when Channel 7 televised the first women’s exhibition game in 2013, more than 1 million people tuned in.
It showed the potential a women’s league had for securing new sponsorship opportunities, attracting a wider talent base within the league, maintaining active engagement in the game and creating a new brand that could maintain momentum in the traditional AFL off-season.
The base for the model of a game, not played anywhere else in the world, had been secured, says Mostyn.
“Having women involved will create a sustainable workplace better than anything else that could have been done,” she says.
[Tweet “#AFLW is one of the best examples of the #sustainability of #diversity”]
Mostyn’s experience crosses the sporting, political, corporate and not-for-profit realms but she says diversity and inclusion is a necessity for all sectors.
She began her career in law working for former high court judge Michael Kirby. At the time, says Mostyn, he was the only judge to split his salary so he could always recruit two associates – one male and one female.
“When I entered law firms [after Michael Kirby] I became aware of an inherent bias against women and really felt the pressure of a male culture,” says Mostyn.
“It was a very oppressive place to be.”
She left law to work in the government and was there recruited to work in the Prime Minister’s office as a policy advisor to Paul Keating, another boss she praises for being ‘recruitment blind’ to gender.
Mostyn is highly sought for her leadership and sits on a vast number of boards and non-executive director positions, including Mirvac, a company which has intentionally sought to form a gender-neutral board.
“I don’t feel like I am a woman on this board, I feel free to be a member…it feels just like the world I work in, it feels normal,” says Mostyn.
“The more you remove the idea of a minority status, the more you free up that person to be a whole person.
“It is what we expect now of a modern, contemporary workplace.”
Image: Shutterstock

This article first appeared on SEEK.

Less than TWO weeks to go! Wrack your brains over the biggest questions and tackle the biggest challenges in talent acquisition, only at The Australasian Talent Conference. Tickets available here.

Belinda Parkes is a freelance journalist and sub-editor with more than 20 years’ media experience across newspapers, magazines and digital media. Belinda has had a love affair with words from a young age, having written a song at age five, a chapter book at age nine and had her first newspaper article published at 16. She still has a passion for the stories of inspirational people and organisations. 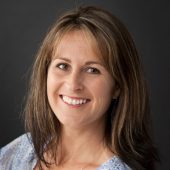