The fact is, most diversity & inclusion (D&I) wisdom and “best practices” aren’t empirically tested, or don’t account for the fact that any successful D&I initiative has to be customised to the culture in which it resides.
To create meaningful change we need to be innovative in our approach to fixing the global tech industry’s often toxic hiring practices. It’s time to take an agile and data-informed approach to D&I: measure, experiment, learn, iterate.
To start, we have to fundamentally shift our thinking. We need to leave behind the notion that organisations – especially in technology – are meritocracies. It’s important to recognise that a company can only be a meritocracy when it has fully accounted for its inherent biases in everything from candidate interviews and performance reviews to who is given high-visibility projects. In fact, research from MIT discovered that organisations who call themselves meritocracies tend to discriminate more, not less.
[bctt tweet=”Research has shown that orgs who call themselves meritocracies tend to discriminate more, not less.” username=”ATCevent”]
We also need to stop thinking of a lack of diversity in our organisation as a “pipeline problem”. Fundamentally, a lack of diversity is an outcome driven by an exclusive culture. If you’re just starting out, fix your culture – not your sourcing strategy first.
The numbers also don’t support the idea that a Talent shortage is the primary driver of underrepresentation. In the U.S., for example, while 20 percent of technical degrees go to women, less than 20 percent of engineering staffs in large tech companies are comprised of women. Approximately 11 percent of American computer science graduates are Black and Hispanic but less than five percent of workers (including non-technical roles) are either of those races. And that doesn’t even cover the fact that a technical degree is not a crucial prerequisite for a role at a technology company (case in point: my journalism and political science degrees). Clearly, the tech sector is not incorporating all of the Talent that is available.
Now that we’ve established what’s really going on, we’re ready to begin our agile approach to D&I.

Creating an inclusive environment where everyone feels like they belong and have a voice is not just a matter of increasing the number of underrepresented minorities in a company. You could hire 20 percent more women at your company than the year before but if the new hires are all a part of the marketing department, most of your teams aren’t going to see the benefits of diversity.
The ultimate goal is to have diversity of thought within each of your teams. This doesn’t mean that every team will be diverse in the same way, but rather that each team has a mix of identities that helps each teammate perform better. Because our identities so strongly shape our experience and how we perceive the world – our mental toolboxes – identity diversity is one of the greatest predictors of diversity of thought that we have.
At Atlassian, we measure meaningful indicators of inclusive organisations such as team diversity and inclusiveness. Team-level data provides crucial insight into how well people from underrepresented backgrounds are spread across the company. We also expand our analysis beyond traditional diversity metrics to look at LGBTI identification, international representation and age – voices that are also often underrepresented in the tech industry.

Too often companies are frozen with fear that their D&I initiatives won’t be completely successful and thus, don’t experiment with new solutions. However, progress is more important than perfection. Take comfort in the fact that this is an unsolved problem at scale – we need to learn, and failure is an inevitable part of the learning process.
When you are looking to measure the impact of your programs, collect data not just on the process (e.g. how many people attended a training?) but what the impact of the initiative was (e.g. how many people reported using an unconscious bias mitigation strategy?). And be comfortable with starting small and expanding what works.
Three years ago, Atlassian implemented the “diverse slate approach” for hiring executives and our Board of Directors. That meant that we required our hiring managers to consider qualified, interested underrepresented people for our open positions. During that time, 75 percent of our hires at that level identified as women, and 50 percent as people of colour. This year, we’ve expanded that commitment to all of our hires at the director level and above, because we see it working.
Need more ideas? Trial scholarship opportunities for underrepresented groups and see if helps build your pipelines in areas such as engineering. Beta test leadership and growth programs that empower female, non-binary, or Indigenous employees. Then collect employee feedback to understand if these programs are helping truly create opportunity and advance careers. Consider methods that have worked for one group, and test them for another group in another setting (e.g. do the methods used to advance women in engineering work to advance people of colour in marketing?)

Learn from what hasn’t worked

Data can also help dismantle old practices that aren’t fit for purpose.
The ambiguous term “culture fit” gets thrown around a lot during the hiring process. Companies are now starting to find that the term is, well, an intractable morass of unconscious bias rather than useful hiring criteria. By even looking at “fit”, you’re building a process that encourages group think, team blind spots, and cultural exclusion.
Organisations like Facebook, Pandora and Atlassian have moved to interviewing for values. In a values interview, applicants are evaluated around on a specific list of questions that signals behaviours that are successful in a company. This standardises the interview process and works to remove bias.  For Atlassian, that means using structured behavioural interviewing to identify people who want to work openly, with empathy for their customers and colleagues, and who take ownership of making positive change.
To build a more balanced team, Atlassian also had to let go of the way we wrote job descriptions to widen our applicant pool. We used to pack our job descriptions with many prerequisites and talk about our “crazy smart” team.
[bctt tweet=”Progress is more important than perfection when it comes to experimenting with diversity solutions. ” username=”ATCevent”]
However, research shows that women won’t apply for jobs unless they think they meet all the criteria listed, and people of colour shy away from ads that contain corporate jargon. On the other hand, men will often apply even when they meet only 60 percent of posted requirements.
We now write job descriptions with with requirements as the lowest barrier to entry (rather than wish list for a magical unicorn), and talk about our collaborative, curious, dedicated teammates. This appeals to a broader set of candidates, improving diversity and overall candidate quality at the same time.

Fostering a sense of belonging and having a diversity of thought on your team, in your company, and in our industry is an ongoing process that’s going to require all of us to play our part.
The key is persistence. We have to keep listening to underrepresented voices and experimenting with different solutions to find what actually works. If we all take responsibility for investing and sharing what we’ve learned, we can all succeed, as a team.
Cover image: Shutterstock

Aubrey will be peeling back the layers to show how Atlassian has combined data and social science research to increase diversity within the organisation at the ATC2018 – don’t miss out if diversity and inclusion are important to you! Tickets still available.

Aubrey Blanche is the Global Head of Diversity & Inclusion at Atlassian. There, she works with teams across the business to provide greater opportunities for everyone to join Atlassian and do the best work of their lives there. Her work spans the talent lifecycle from increasing access to technical education for underrepresented minorities through recruiting, retention, and advancement of all Atlassians. She relies heavily on empirical social science in her work, and has developed a new team-level paradigm for external diversity reporting. She believes that leading with empathy is the key to driving meaningful, sustainable change and creating highly effective teams. In all areas of her work, she seeks to design effective interventions, programs, and talent practices that create equal opportunities for all Atlassians, and for the global tech industry. She is heavily involved in multiple industry groups seeking to define new standards for company transparency, reporting, and investment in diversity & inclusion. She is an advisor to SheStarts, a Sydney-based accelerator focused exclusively on supporting female founders, BeVisible, and Joonko. She is the co-founder of Sycamore, a community aiming to fix the VC funding gap for underrepresented founders. 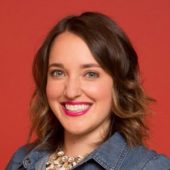